Meet the Cast and Team 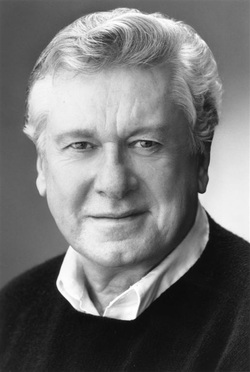 Brian Murray (Professor Williston) is an accomplished performer and director in film, theater, and television, whose career spans over four decades. Born in South Africa, he started acting as a child performer in theater productions in Johannesburg and later moved to a local theater in London, where he performed in Shakespeare’s Romeo And Juliet, Othello, A Midsummer’s Night Dream, and King Lear, among other celebrated productions. An American Theater Hall of Fame inductee, Murray is a three-time Tony Award nominee. He is also the recipient of an Obie Award for Lifetime Achievement, two Drama Desk Awards and a Lucille Lortel Award for Body of Work. Select Broadway credits include: on Broadway: The Importance Of Being Earnest, Mary Stuart, The Rivals, The Crucible, Noises Off, and Uncle Vanya; Off-Broadway: Me Myself And I, Gaslight, Colder Than Here, The Play About The Baby; TV appearances: Person of Interest, The Good Wife, 30 Rock, Law & Order: Criminal Intent. Additionally, he has directed and acted in numerous productions on U.S. tours. 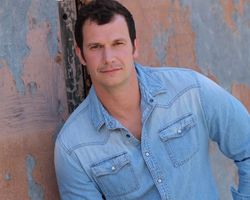 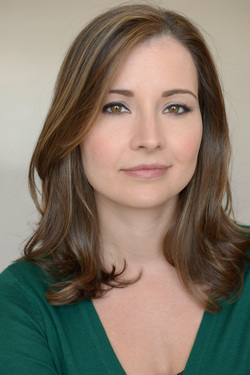 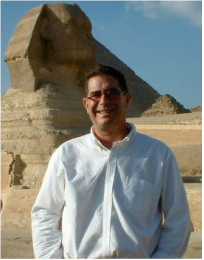 Mat Schaffer is the longtime host of the Boston Sunday Review public affairs program on 98.5 The Sports Hub, previously having worked at WBCN-FM and KISS 108, where he critiqued film and theater as “the Culture Vulture.”
Mat is the James Beard nominated former restaurant critic of the Boston Herald and Boston Magazine. He has written about the Boston food scene for Food & Wine, Metropolitan Home, Cigar Aficionado, Simply Seafood, Food Illustrated, Boston Common and Where Boston magazines as well as epicurious.com. He is the co-author of Chef Daniel Bruce: Simply New England (Lyons Press, 2013). Mat has a degree in “Interdisciplinary Studies in Mysticism” from Tufts University. 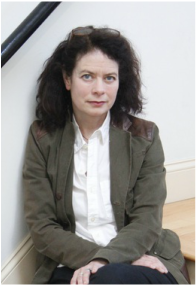 Myriam Cyr’s career spans journalism, writing, theater, and film.    She starred opposite Al Pacino in the title role of his theatrical production of Salome, performed the lead role in Julie Taymor’s original production of The Green Bird at the New Victory Theater, worked as assistant director to Nobel Literature Prizewinner Dario Fo, and was part of Steven Berkoff’s acclaimed theater company at the Royal National Theater in London. Myriam portrayed Ultra Violet in I Shot Andy Warhol.  Her lead role in the French Canadian film, Le Secret de Jerome, won her numerous awards including the Baillard d’Or at the Namur Film Festival.  She was named Poet Laureate for the New Brunswick, Canada, PGI foundation for Literacy in 2006 and named Ambassador for the province in 2008.  She was the first woman to reprise the role that Sam Waterston originated as the American Negotiator in Lee Blessing’s A Walk in the Woods  directed by Nicholas Kent artistic director of the Tricycle Theater (London) in September 2011.
Fluent in both English and French, Myriam briefly studied music composition at McGill before graduating with honors in theater from the Montreal Conservatory of Dramatic Arts. She earned             her MA at the London Academy of Music and Dramatic Arts.
ACTING: Myriam has starred opposite Susannah York, Janet Suzman, Stephen Berkoff, Gabriel Byrne, Burt Reynolds, Dylan McDermott, and many others. She originated roles in works by Eve Ensler to her own one woman show.  She performed mostly in London, but her work has also taken her to New York, Australia, Japan, and Canada.  She has performed in over sixteen films ranging from major Hollywood productions (Species 2) to off beat independent films like Gothic directed by Ken Russell.


Directing:  Musical:  The Confession, Co-written with Martha Bolton  based on the bestselling novel by Beverly Lewis.  Blue Gate Musicals. 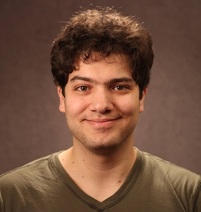 Paul is from Maine but has been living in Boston since 2006.  In addition to special effects, Paul also acts and produces short films. He's starred in Boston Actor's Theater production of Play it Again Sam (Bogart), Metamorphosis, and web series Staying In Boston. His short films range from computer animation to sketch comedy (sometimes at the same time!).  His idols are Weird Al, Edgar Wright, and the special effects team responsible for the original Star Wars movies.  Paul went to school for Psychology and Science Education, but has taken numerous film and acting workshops his entire life.  You can see more of Paul's work on his website, EzzyDoesIt.com 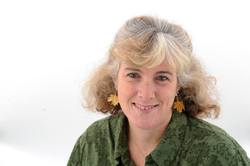 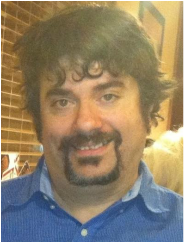 Cat is delighted for the opportunity to be back with the team of Simon Says. She first costumedSimon Says at the Boston Center for the Arts in Boston, MA. Recent costuming credits include: Little Woman, Sound of Music, Mary Poppins, Avenue Q, You’re A Good Man Charlie Brown, and Bye Bye Birdie. Set Design Credits: Beauty and the Beast, The Importance of Being Ernest, You’re A Good Man Charlie Brown, Lend Me A Tenor and The Sound of Music. Graphic Design Credits: Numerous projects in the Boston Area. Producer Credits: Jack Beatty’s The Battle Not Begun, Munich 1938 and Michel Marc Bouchard’s The Divine: A Play for Sarah Bernhardt, The Black Box Lab at Stage284 (Hamilton, MA). When Cat is not lending her insights to mount theater productions, she is an architect, interior and graphic designer. She owns an architecture and branding firm working on projects around the country and partners with firms internationally. Projects range from restaurants, retail stores, and personal residences to all aspects of branded signage and graphics.

Canadian pianist Roger Lord from Moncton, New Brunswick, has carried off First Prizes in the Canadian National Festival of Music as well as in the Canadian Music Competition. He has performed as a soloist with several orchestras on four continents, with engagements taking him to some of the world's great cities such as Paris, Oslo, Buenos Aires, Mexico City, Santiago de Chile, Cairo, Tunis, Melbourne, Seoul, Beijing, Shanghai, Kuala Lumpur, Tokyo, etc. In 2013, he was one of the international guest artists in Beijing for the Chinese New Year TV Gala broadcast for hundreds of millions of viewers. He has released an award winning CD of music by Louis Moreau Gottschalk as well a CD of Chinese Piano which he recorded in Beijing. Dr. Roger Lord studied at Université de Moncton, McGill University, Université de Montréal as well as in Paris and Strasbourg, France. He also attended special summer sessions of the Moscow Piano Institute in Russia at the Gnessin Music Academy. He holds a Doctorate in Music and is presently Professor of piano at the Université de Moncton. 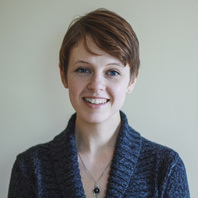 Cat Tignor  currently stage manages for the Cape Symphony on Cape Cod.  Recent credits include stage managing A Cape Rep Christmas with the Cape Rep Theatre and Stuart Little with Boston Children's Theatre. She has also worked at the Brevard Music Center (Brevard, NC) and Theatre Three (Dallas, TX). Cat received her BFA in Stage Management from Longwood University in 2013.

George Lewis, Jr. is a native Bostonian who has owned and operated a variety of hospitality venues including: a jazz club, marina restaurant, large dance /nightclubs, live music performance venues, a comedy club, trendy restaurants, a large Neapolitan pizzeria, a seafood restaurant, and more. Often subject to stage fright; he is married with one grown son and two Tibetan Terriers, Fenway and Willow. ​ 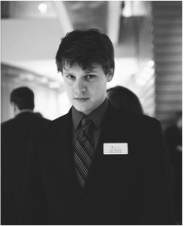 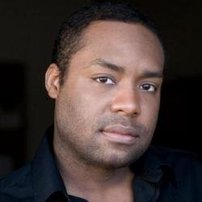 G.D. is an actor, director, and playwright who has worked in theatres across the country. He is a native of Louisiana, where he has performed or directed with Swine Palace, The New Orleans Shakespeare Festival, Marjorie Lyons Playhouse, Playmakers of Baton Rouge, and the Theatre of Ill-Repute.  G.D. was also a founding member of both GreenDoor Productions and The Pass-The-Hat-Theatre. In 2011, he assistant directed the Broadway revival of Terence Rattigan's Man & Boy, directed by Maria Aitken, and starring Frank Langella. In the fall of 2014, he assistant directed the Broadway premiere of Tom Stoppard’s Indian Ink at the Laura Pels Theatre, directed by Carey Perloff, and starring Rosemary Harris.
He is the author of numerous plays, and his first full length work in NY, Megiddo opened to rave reviews at Manhattan Repertory Theatre in September 2009. In December 2013, his play, Jen Tries Vacation premiered at Access Theatre, Produced by Everyday Inferno. In July 2013, his play Two Irishmen Are Digging A Ditch opened the Neil Labute New Theater Festival in St. Louis after a successful run at The Glass Eye in NYC. It will return for an off-broadway run in the summer 0f 2015. Produced by Labute, its film adaptation begins shooting in the Spring of 2015.